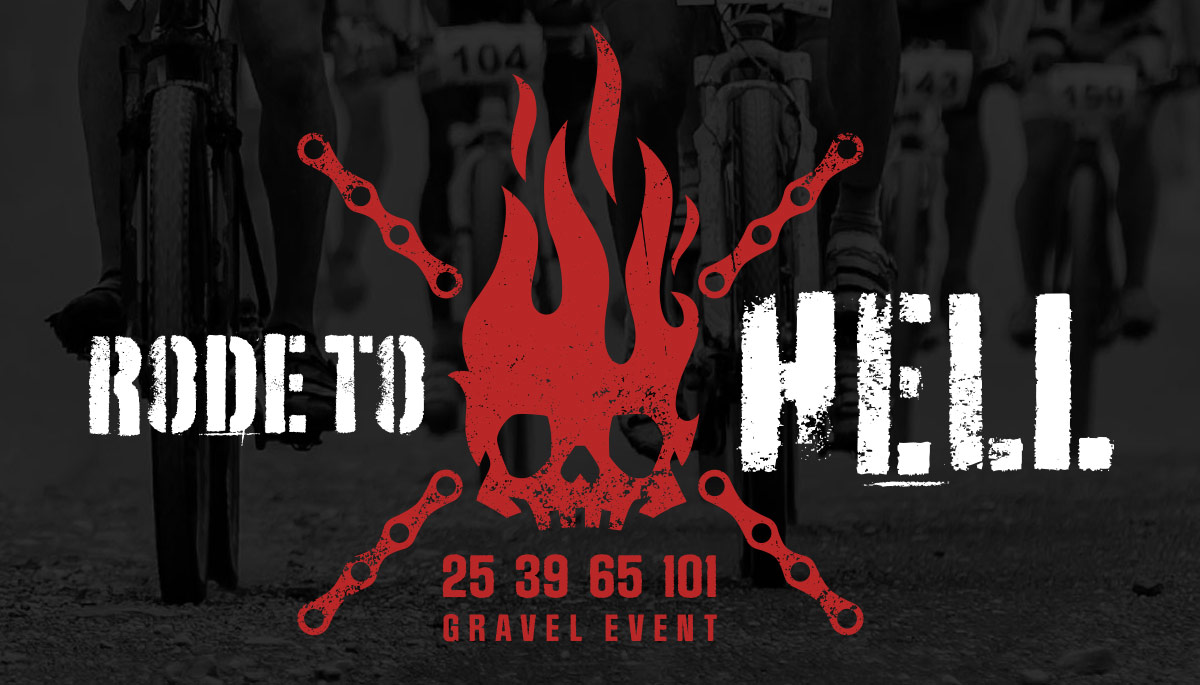 JACKSON, Mich. – Tris4Health is thrilled to announce the creation of the brand new gravel event, Rode To Hell, to be added to its roster of endurance races. In partnership with Region 2 Economic Planning Commission serving Hillsdale, Jackson and Lenawee counties, Rode To Hell is expected to be a sizable event aimed at boosting the economy and tourism for the area.

The gravel event is scheduled to take place on October 8, 2022. Participants will have the option to challenge themselves to four different gravel bike courses with distance options of 25 miles, 39 miles, 65 miles or 101 miles. The 25- and 39-mile courses will be known as the “Purgatory Loops” taking riders east and north of Jackson before returning, never quite making it to the city of Hell, Michigan. Participants who take on the longer, 65- or 101-mile courses will travel all the way to Hell before looping back to Jackson.

“We are so pumped to finally announce the Rode To Hell gravel event. It has been such a pleasure working with the team at Region 2 Economic Planning Commission over the last few months to bring this race to life,” said Tris4Health Co-Owner and Race Director Jon Conkling. “We are eager to welcome participants to experience this unique event, where we take them on a literal path to Hell – it will be a gravel event like no other.”

The event encompasses Jackson, Washtenaw, Livingston and Ingham counties. A majority of the roads traveled will be gravel with smaller segments of paved portions. The event will also mix sections of trails as well as technical segments, making for a memorable and unique challenge at the longer distances.

“We’ve been working for almost a year on a plan to help us shine a light on all of the fantastic outdoor recreation opportunities our area offers. We had been kicking around several ideas of gravel bike races and routes. When we met with John and Jon from Tris 4 Health in late 2021, a race that went from Jackson to Hell and back to Jackson seemed like it had a natural marketing hook and was a great way to begin our partnership. We are beyond excited to host this race in the greater Jackson area!” says Steve Trosin and Jacob Hurt.

“Gravel racing has exploded over the last few years and Tris4Health has been one of the pioneers in bringing that to multisport with the launch of The Dirty Mitten in 2021 and the acquisition of Ugly Dog Gravel Triathlon. I’m not much of a runner but absolutely love gravel cycling, which made partnering with the Region 2 Economic Planning Commission to bring a new gravel bike race to Southeast Michigan a no brainer”said John Mosey, Tris4Health co-owner and race director. “Rode To Hell will join these other incredible races and bring an exciting fall challenge to gravel enthusiasts across Michigan.”

Rode To Hell is the fourth addition to the family of events for Tris4Health in 2022. Tris4Health acquired Ugly Dog Gravel Triathlon, the original gravel triathlon, and Waterloo G+G Gravel Road Race, which will take place in Grass Lake, Michigan earlier this year. They also recently announced the acquisition of the Brainy Day Trail Run in Twin Lake, Michigan just this month.

This year is the first year that Tris4Health is adding single-event races, such as bike-only and running-only events.

Tris4Health also has its flagship races, Grand Rapids Triathlon, Michigan Titanium and The Dirty Mitten, all located in West Michigan.

Registration for Rode To Hell is now officially open. Prices for this event are based on a date-based tier system and will increase as race day draws closer. To sign up for Rode To Hell and for more information, visit rodetohell.com.