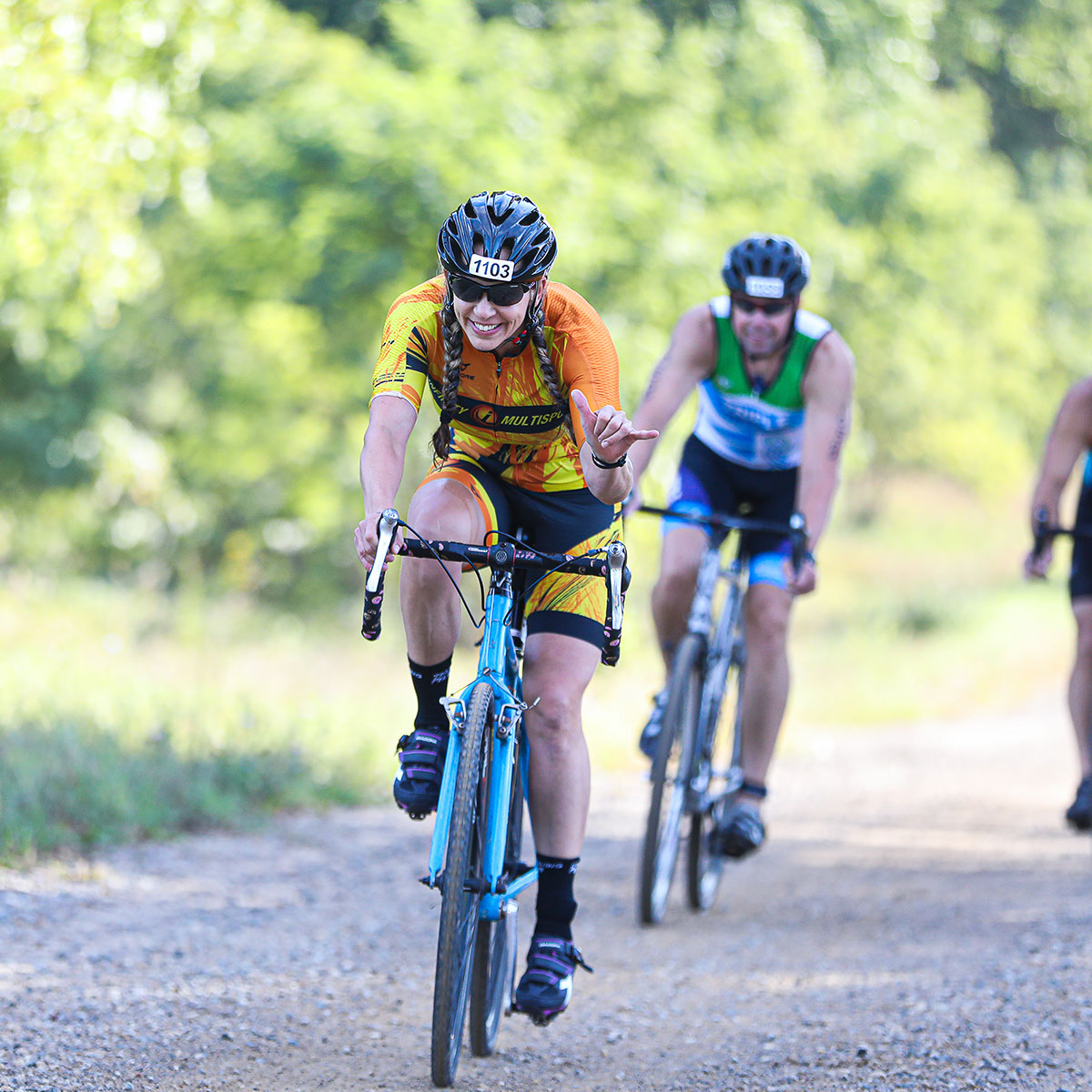 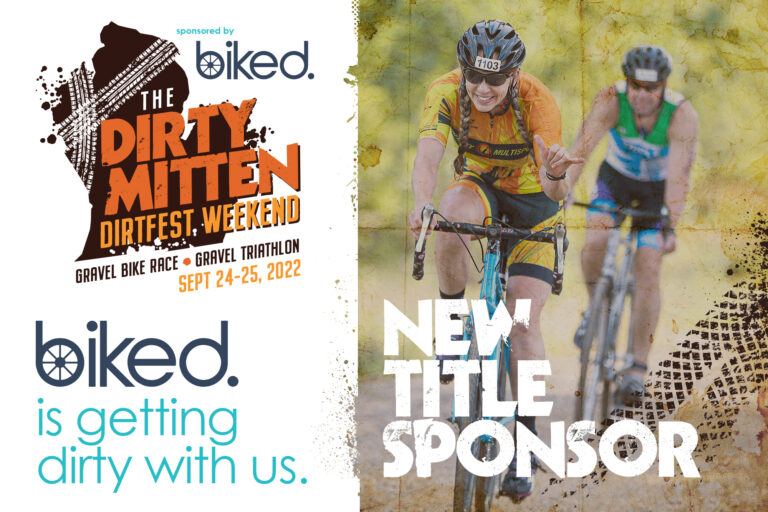 GRAND RAPIDS, Mich. – Tris4Health, West Michigan’s premier endurance event company is excited to announce the addition of BIKED as the title sponsor for Dirtfest Weekend as a part of The Dirty Mitten, which includes a gravel cycling event and a gravel triathlon.

Founded in 2021, BIKED is a fast-growing Grand Rapids based startup applying the latest technology tools to innovate and improve the bike maintenance customer experience, including offering convenient bike pick-up and drop-off service. Their mission Is to improve every aspect of the bike ownership experience, starting with easier access to bike care and repair.

BIKED has previously partnered with Tris4Health at two of its’ gravel events earlier this year as the official bike partner for Waterloo G+G Gravel Road Race in April and Ugly Dog Gravel Triathlon in July. They join The Dirty Mitten and Dirtfest Weekend in an official title sponsorship capacity with the goal of growing awareness and popularity for gravel and cycling endurance events in West Michigan.

“We are thrilled to be partnering with Tris4Health to help put on this year’s DirtFest Weekend and The Dirty Mitten. We are all about promoting any event that gets people riding a bike. Gravel cycling is on the rise and Michigan is quickly becoming a leading destination for some of the world’s best gravel racing. This event is such a fantastic opportunity for us to help drive that trend by welcoming first-time participants, veteran triathletes, and everyone in-between to “GET DIRTY” with us and our friends at Tris4health in September,” said Jared Lebel, Co-Founder at BIKED.

The inaugural Dirtfest Weekend is set to take place September 24-25, 2022, located at Camp Manitou-Lin in Middleville, Michigan. Saturday will kick off the weekend with the debut of The Dirty Mitten Gravel Bike Race, which features 28-mile and 50-mile courses through gravel roads. The Dirty Mitten Gravel Triathlon will follow on Sunday, where participants will take on a swim, gravel bike and trail run course with Sprint, Olympic and Half-Distance courses.

“It is an honor to have BIKED officially join The Dirty Mitten as the title sponsor. With the addition of the gravel cycling race on Saturday ahead of the gravel triathlon on Sunday, we are excited to grow Dirtfest Weekend into one of the most anticipated gravel events in the midwest. BIKED is an amazing Grand Rapids-based company who are creative, innovative and big-thinkers. Our goal with this partnership is to not only elevate The Dirty Mitten, but hopefully the growing sport gravel events as a whole,” said John Mosey, The Dirty Mitten race director and Tris4Health co-owner.

The Dirty Mitten Gravel Triathlon debuted last year in 2021 as Tris4Health’s third official race and first gravel triathlon in their family of events. They now have grown to host ten endurance events throughout Michigan which includes triathlons, cycling-only and running-only events.

In 2022, Tris4Health acquired Ugly Dog Gravel Triathlon, the original gravel triathlon,  Waterloo G+G Gravel Road Race and Brainy Day Trail Run. They also created the Rode To Hell Gravel Race, which will debut this October 2022 and most recently announced the acquisition of Grand Rapids Gran Fondo, which will take place in June 2023.

For more information on The Dirty Mitten and event registration can be found at thedirtymitten.com.